MYTH:  Domestic violence is not a serious problem in the U.S. or in Georgia.

FACT:  Battering is the single largest cause of injury to women in the United States – over mugging, automobile accidents and rape, combined. (NCADV 2003).  In 2009, Georgia was rated the 10th highest in the nation for the rate at which men kill women.  In 2010, Georgia mourned at least 130 domestic violence related deaths.

MYTH: Couples counseling is the solution for domestic violence.

FACT: Couples counseling is NOT recommended for couples trying to end the violence in their relationships due to the power and control underlying the violence.  GCADV recommends that abusers attend a state certified family violence intervention program and survivors seek assistance from a domestic violence advocate.

MYTH:  Pregnant women are not victims of domestic violence.

FACT:  “National surveys indicate that 5.3% of pregnant women each year experience domestic violence.  This means as many as 324,000 women experience intimate partner violence during pregnancy.” (Physical Abuse Around the Time of Pregnancy: an Examination of Prevalence and Risk Factors in 16 States. Maternal and Child Health Journal. 2003;7:31-43; Violence and reproductive health; current knowledge and future research directions. Maternal and Child Health Journal 2000; 4(2): 79-84).

MYTH: Victims of abuse are crazy if they choose to stay in an abusive relationship.

FACT: Many survivors do not exhibit behaviors that, to those of us outside the intimate relationship, may seem unusual or even bizarre.  It is important to remember that, as an outsider to the abusive relationship, we are not living with the daily threat and fear of abuse or death.   What may appear to be bizarre behaviors are often survival strategies women use to keep themselves safe.

MYTH: Middle-class women do not get battered as frequently or as violently as poor women.

FACT: Domestic violence occurs in all socio-economic groups.  In fact, middle-class women often face barriers to get public assistance when they decide to leave because of their family’s above poverty line financial status.

MYTH: People who are religious do not batter and are not victims of battering.

FACT: Batterers can be religious people, including clergy and lay leaders.  Many battered women have deep religious beliefs which may encourage them to keep the family together at all costs.

MYTH: Batterers are violent in all their relationships.

FACT: Most batterers do not use violence in other non-intimate relationships to resolve conflict.  “Batterer’s typically present a different personality outside the home than they do inside, which complicates a woman’s ability to describe her experiences to people outside the relationship.” (K.J. Wilson, Ed.D., When Violence Begins at Home, 1997.)

MYTH: When batterers are violent, it is because they “lost their temper,” and not because they meant to hurt their partner.

FACT: Batterers use violence because it helps them gain and maintain power and control, not because they lose control of their emotions.

FACT: There seems to be a correlation between alcohol and battering.  Although alcohol abuse may increase the likelihood of violent behavior, it does not cause or excuse it.

MYTH: Domestic violence only affects the adults in the household.

FACT: According to a recent American Bar Association report, experts estimate that between 3.3 and 10 million children witness domestic violence annually.  The report cites numerous links between serious emotional and psychological problems from exposure to domestic violence:

MYTH:  Victims of domestic violence grew up in abusive families.

FACT:  Many individuals who find themselves in abusive relationships did not grow up in violent households.  Sometimes victims that experience non-physical abuse in their relationship, such as economic or emotional abuse, may not easily recognize that these forms of abuse can escalate into physical or sexual abuse.

MYTH:  Victims have done something to cause the abuse.

FACT:  Abusers choose their actions.  Abuse is NEVER the fault of the victim.

MYTH:  Victims of abuse are uneducated.

FACT:  Abuse can occur to anyone.  The education level of victims is not not a factor in abuse since abuse is the choice of the abuser.

MYTH:  Abusers are unsuccessful and lack resources to cope with the world.

FACT:  Abusers come from all walks of life.  The reason people abuse is realated to their desire to gain and maintain power and control over their partner.  Sometimes abuse will escalate due to recent loss, such as the loss of a job or loved one, but signs of abuse are often present prior to a personal loss.

MYTH:  Batterers will stop the violence when they get married.

MYTH:  The batterer is not a loving partner.

FACT:  The batterer does not always batter; many have periods when they can be very generous with their affection.  The woman has seen this and knows that her partner is capable of being loving to her.  If she could only get him to change and maintain this loving side on a constant basis, she may reason, their relationship would be better.  Unfortunately, this is a setup for her; the batterer will choose or choose not to batter her, regardless of her actions.  Sometimes loving actions of an abuser are due to the desire to gain or maintain power and control.

FACT:  The key to changing an abusive relationship is the batterer’s willingness to accept responsibility for his actions.  If the batterer admits to the inappropriateness of his actions, wants to change, and seek individual or group counseling away from the victim, then he has a chance to recover.

FACT:  Domestic violence is a pattern of abusive behavior that happens over and over and escalates in severity/dangerousness over time.

MYTH:  There is no correlation between animal abuse and domestic violence.

FACT: Domestic violence as well as serial and mass criminal violence often involves animals. For families suffering with domestic violence or abuse, the use or threat of abuse against companion animals is often used for leverage by the controlling/violent member of the family to keep others in line or silent.  It is estimated that 88% of pets living in households with domestic abuse are either abused or killed.  Of all the women who enter shelters to escape abuse, 57% have had a pet killed by their abuser.  (“The Link between Animal Abuse and Domestic Violence,” American Animal Hospital Association, 2003)

IF YOU ARE IN AN ABUSIVE RELATIONSHIP, YOU ARE NOT ALONE. THERE IS HELP, AND THERE IS HOPE! You deserve to be loved and respected. You deserve better than to be in an abusive relationship. Fair Haven is always here for you! 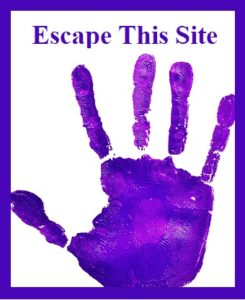 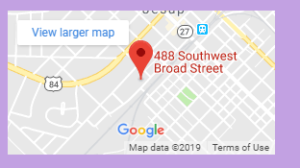 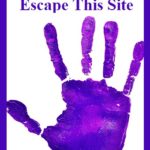